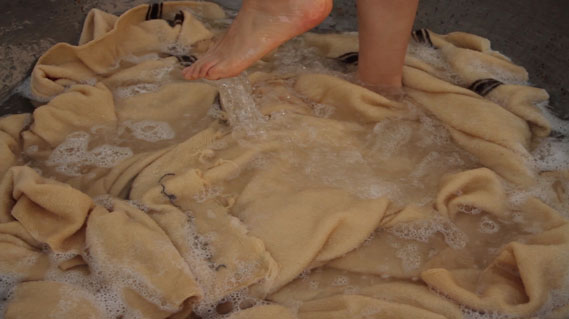 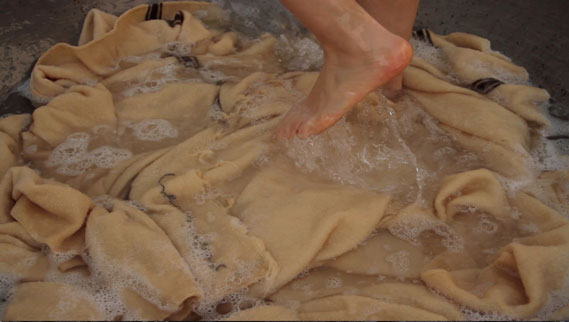 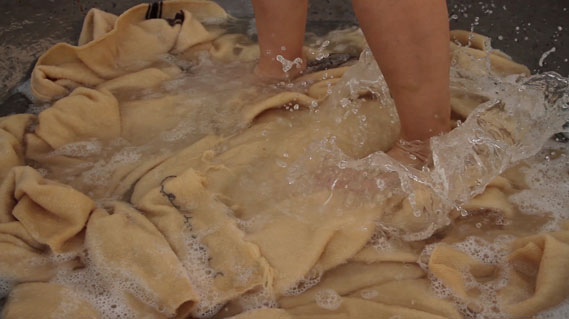 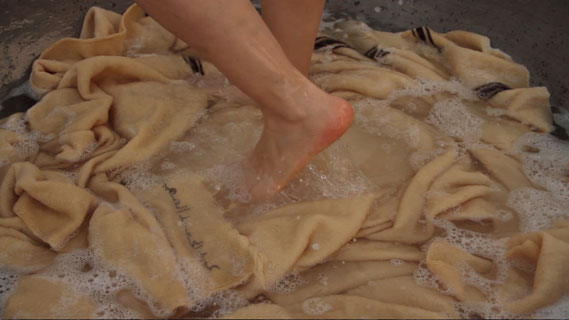 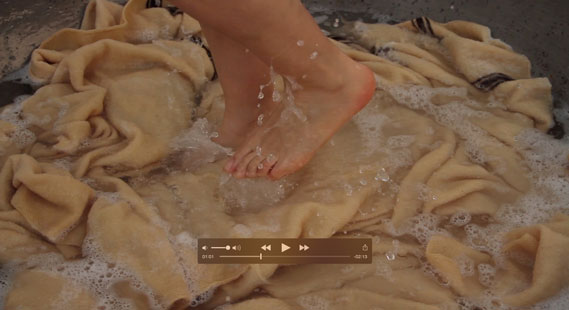 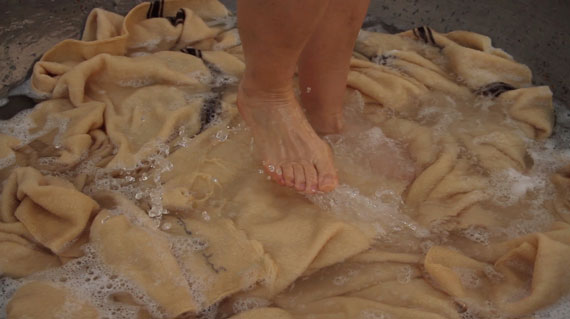 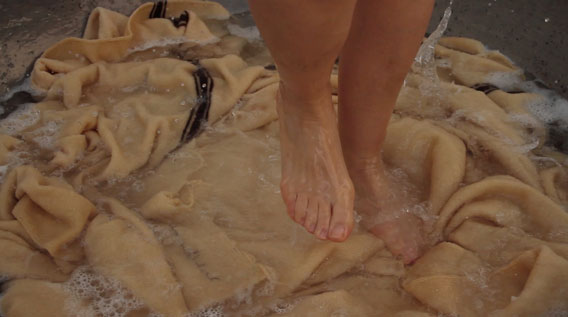 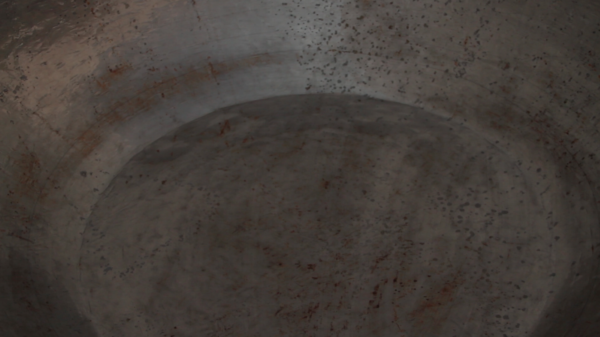 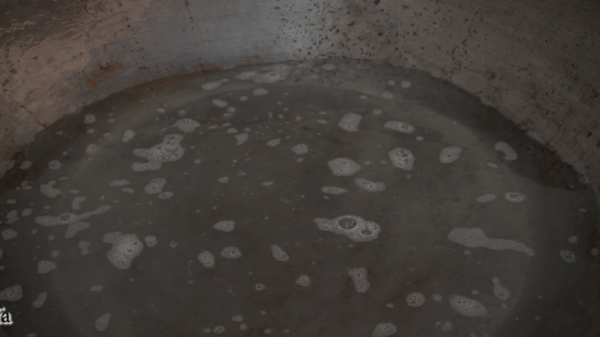 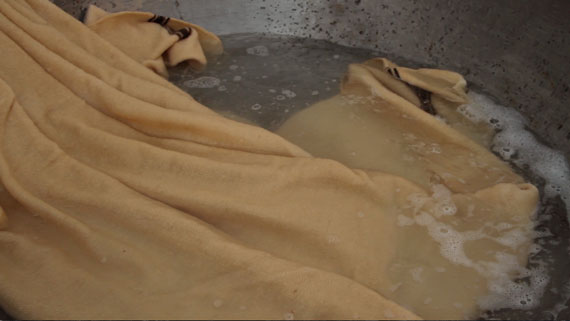 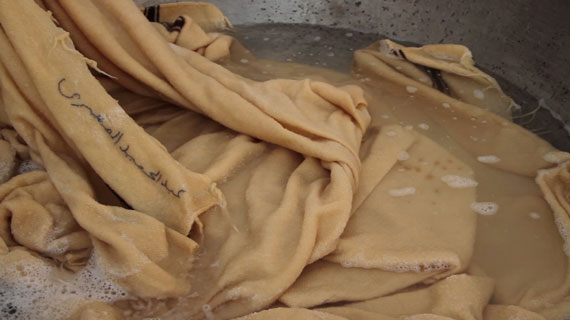 “The day of the washing of the blankets (ghaslan el farch) began at five o’clock in the morning with the arrival of the neighbors in a joyful whisper … The latter, in involuntary seductive gestures, threw their plastic slippers into the yard, raised the knots of their scarves over their heads, rolled up their sleeves. While some had large mats in the courtyard, the others made the bucket of the pit waltz to fill them with water. The sight of such a spectacle, punctuated by women’s songs and the splashing of water, was an open invitation to the crowd of children of whom I was part of the games usually banned.

As soon as the blankets were soaked in the soapy water, eyes glittering with happiness, I began to imitate the grownups who, with their feet firmly in a bowl, held the hems of their dresses with both hands, they do not get wet while their feet vigorously trample the hard wool. Obviously, at the age of five, I did not care much about the objectives of this festival, and I was absolutely looking for a way to soak myself completely and legally to escape my mother’s anger. Then began the somersaults in the bowl, the relaxation of my dress in the hope that the water would spread throughout the fabric and reach the head, I feigned a fall in the middle of the vat. My mother noticed the merry-go-round, and in a threatening tone chased me away, as did the other children on the scene who continued on a well-organized rhythm … The rinsing with clear water marked the beginning of the end of this annual wash followed a display of the substrates in the middle of the fruit trees of the field of grandfather, on the same reddish sand for a natural drying … »Souvenirs of Neila Mhiri