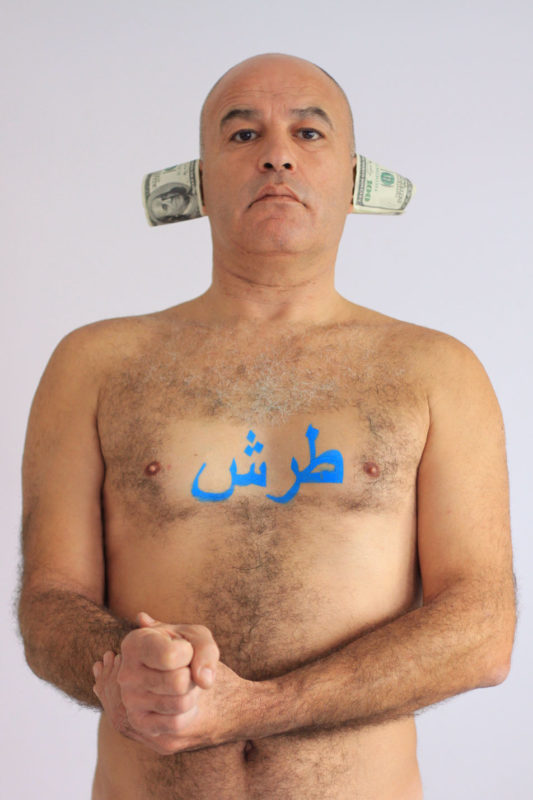 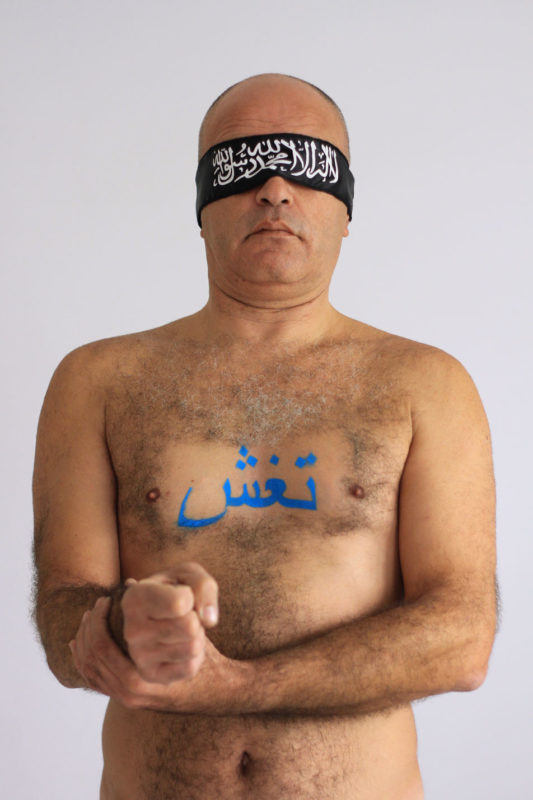 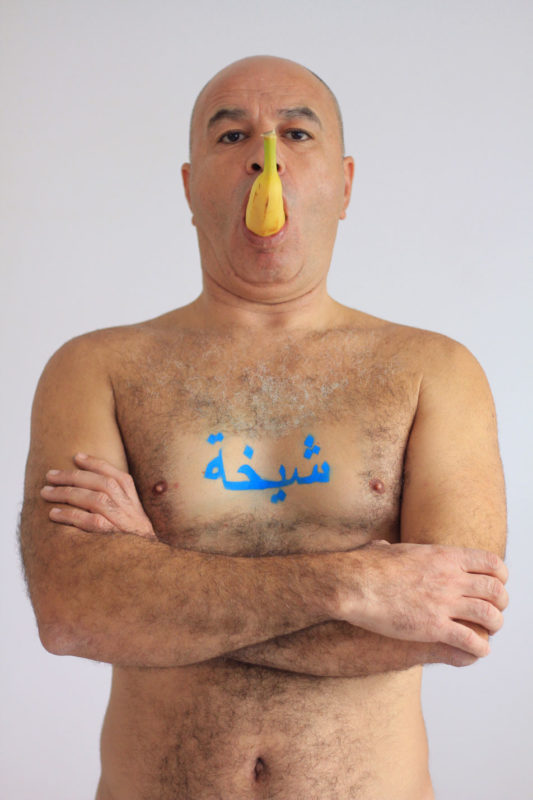 « Rach ! » represents a serie of 4 pictures reflecting a matter of communication between the people and the government.

(Trach: deafness, Chikha: ecstasy, Tghach: deceived, Atach: Thirst): These words are pronounced in Arabic, written on each of the photos in blue, rhyme and call the ears to warn them. The sound effect of reading aloud is accompanied by a visual, that strikes the eyes with daring and relevant representations. The artist solicits and titillates the curiosity through hearing and sight, thus creating two different and direct paths to the brain.

The quadratic is rich in meanings and summarizes in an intelligent way the origin of the evils that the Post-revolutionary Tunisia is living.

In a world order where money takes precedence over everything and where the strongest are killing each other for power and resources, Tunisia is helpless. While some pocket the jackpot and sell their souls, others are sacrificed and instrumentalized to destroy their own lands and brothers. The revolution is diverted, nothing has changed and the country remains thirsty for culture, education and justice.