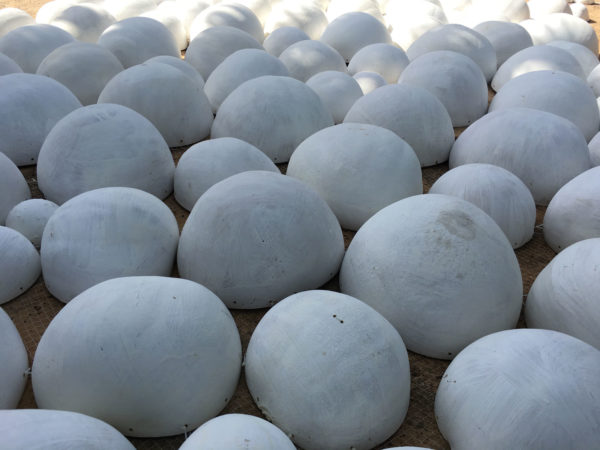 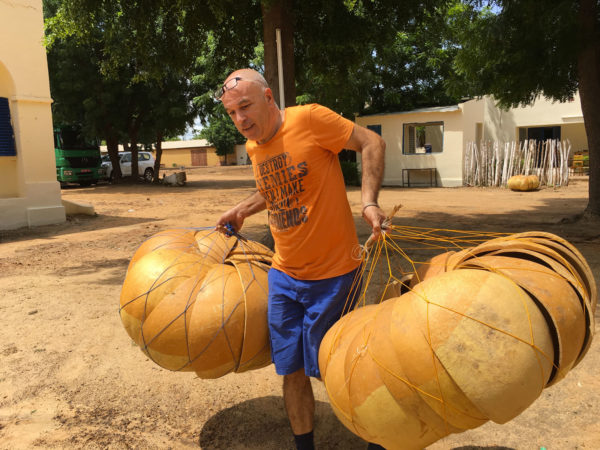 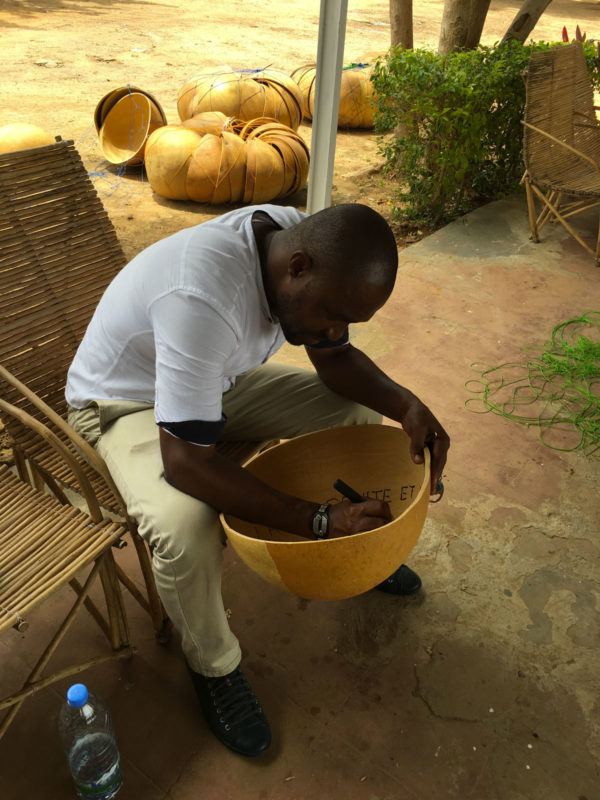 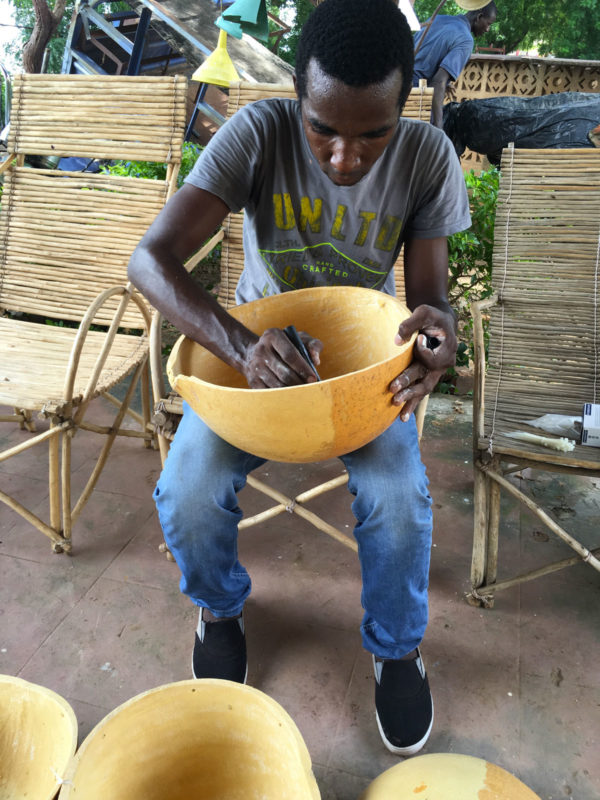 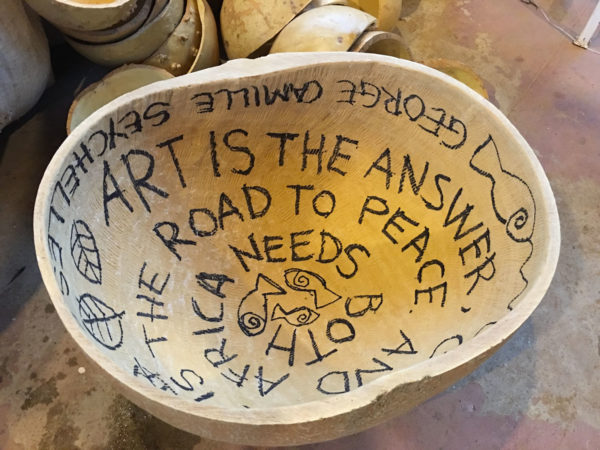 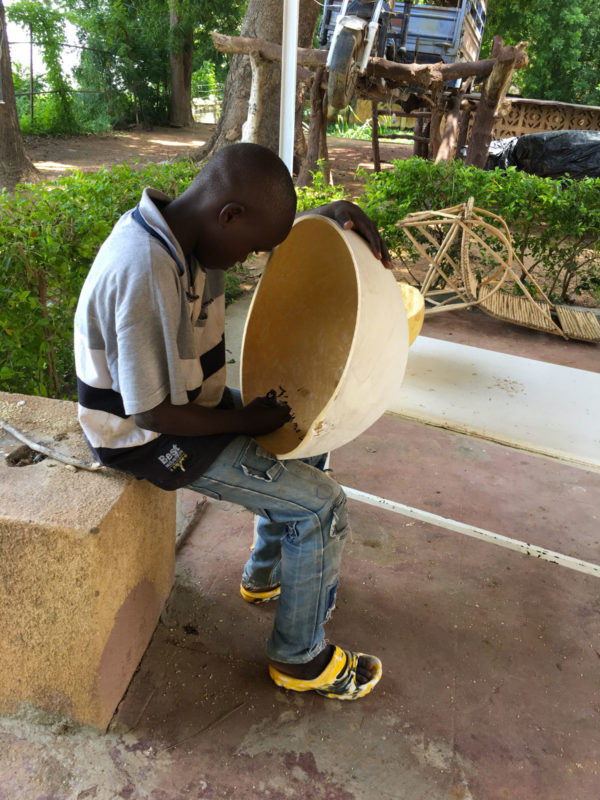 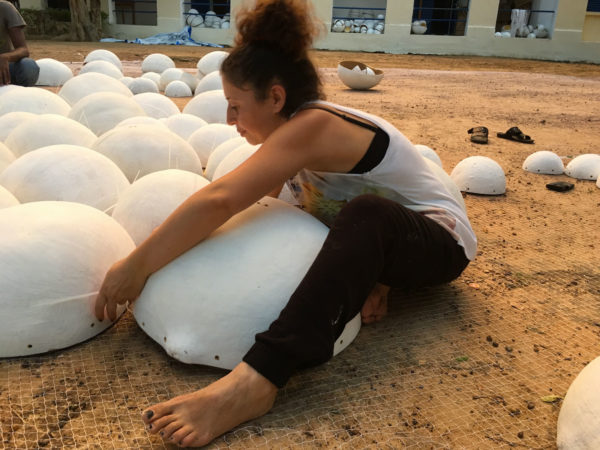 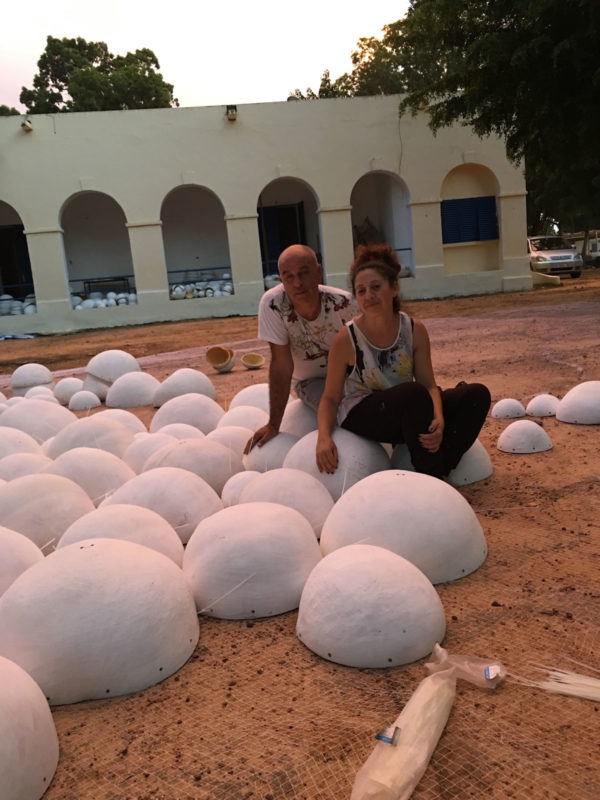 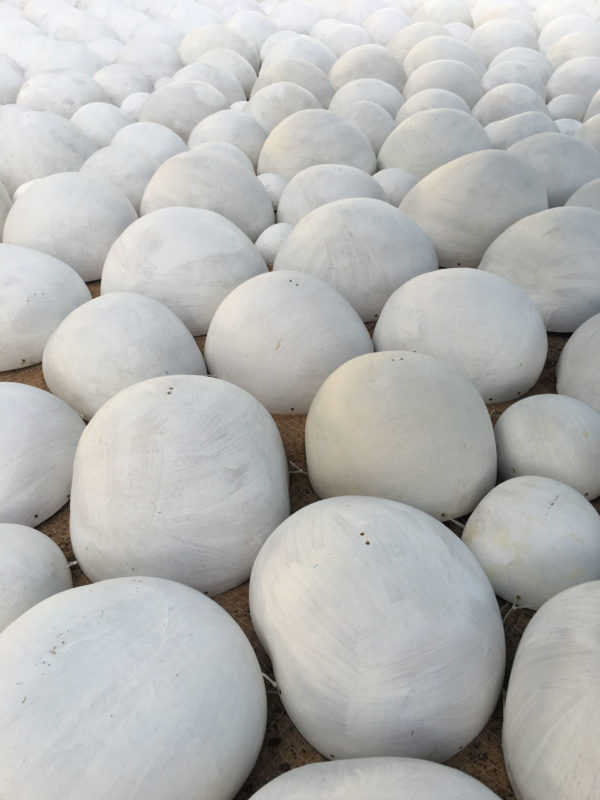 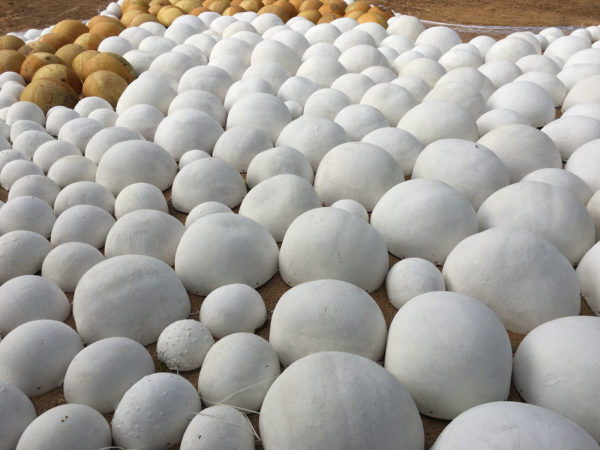 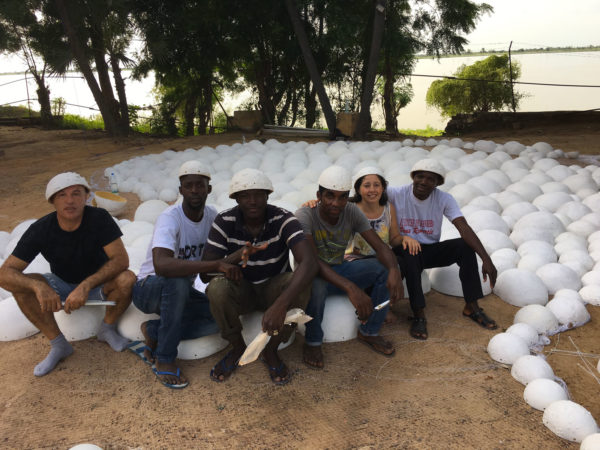 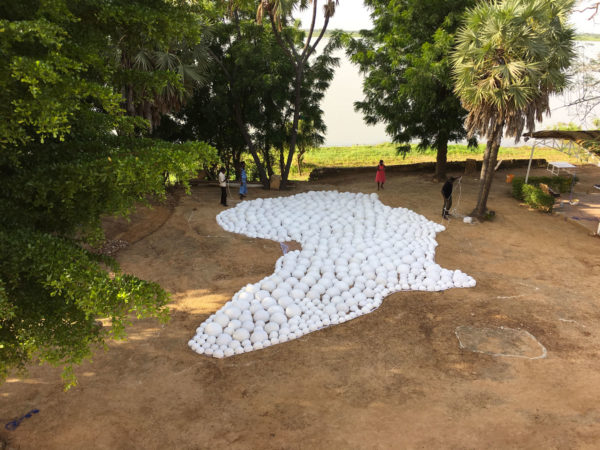 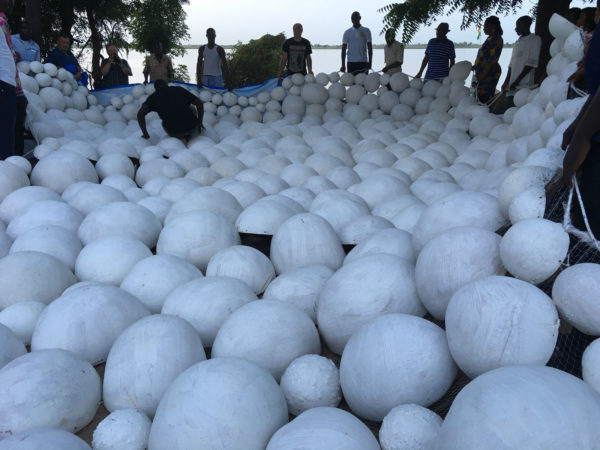 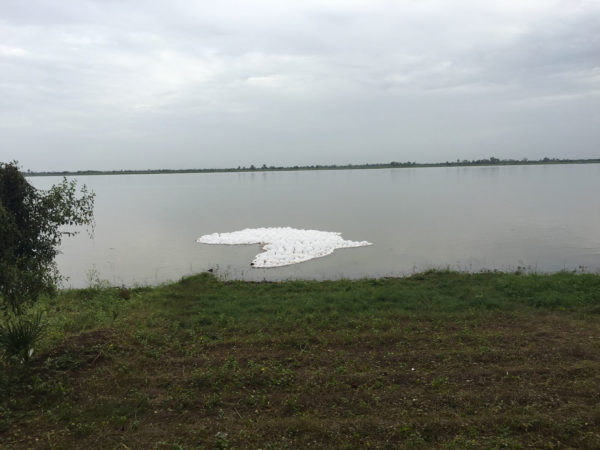 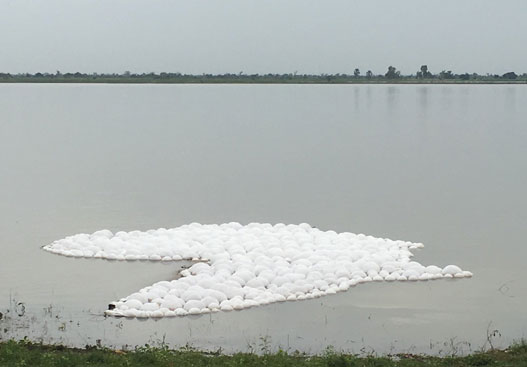 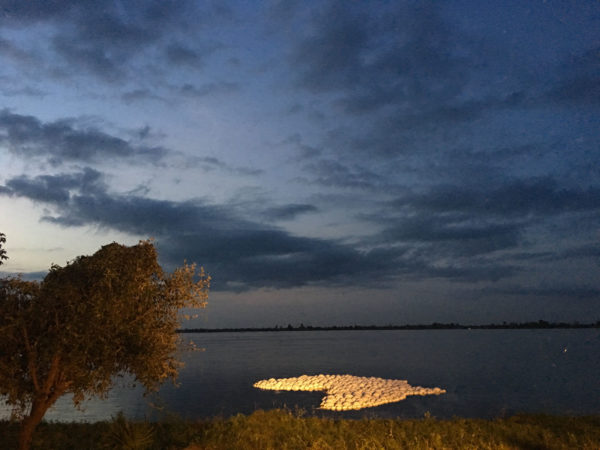 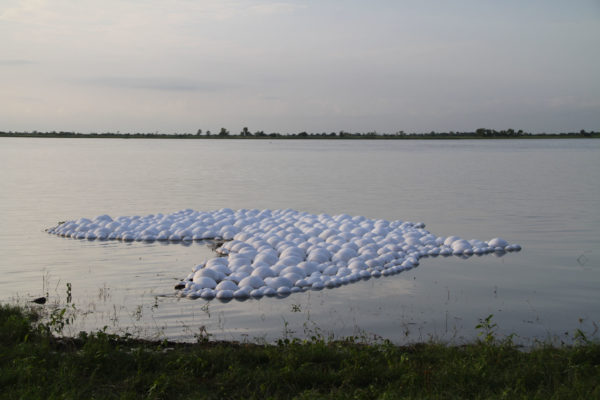 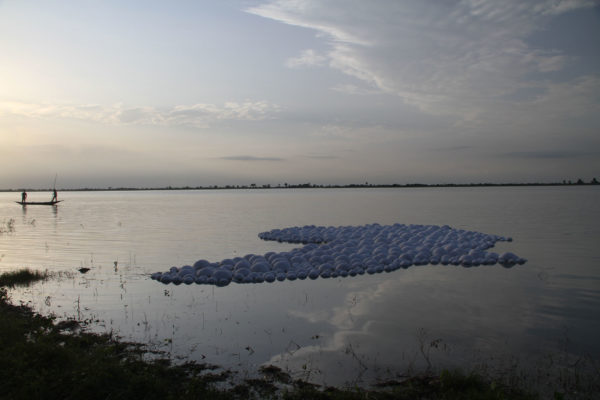 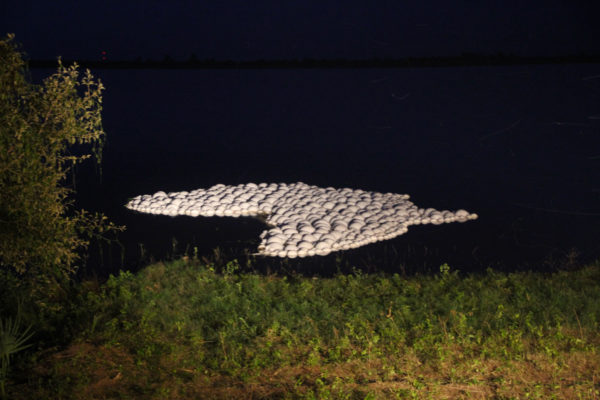 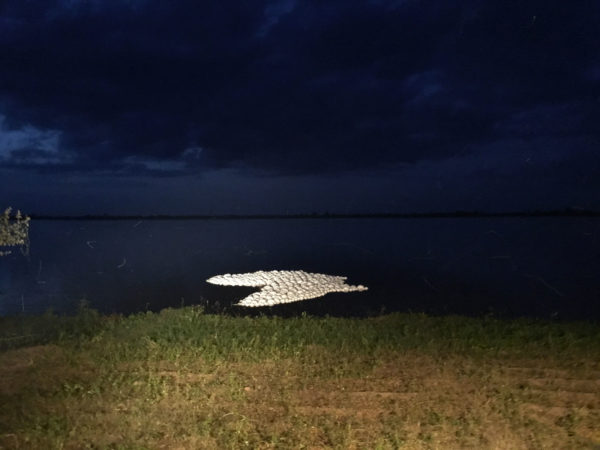 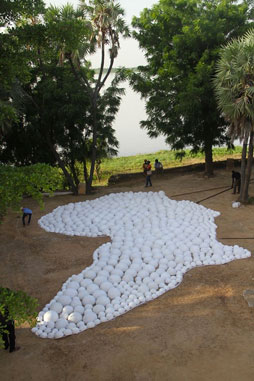 Africa, the old jaded continent, is having the white color of a floating peace and subject to the whims of wind and the mood of the Nigerian river.

Our floating installation is composed of white painted Calabashes, set into a dome shape and unified by iron wire. These calabashes represent the symbol of the great African story and its strong uniqueness. The calabash, a large empty and dried fruit, is an integral part of several African Civilizations. It represents a multifunctional tool (container, plate, musical instrument, watering can, and so on), but also, the millennium companion of Africans. Transmitted from a generation to another, used, repaired, the Calabashes is sacred.

Through its round shaped form, its resistance to the time and its utility, the Calabash relates the story of a generous Africa, full of wisdom and attached to its history and especially to its identity.

Africa, imagined in calabashes, containing a sign of peace and taking the water of Niger, is a call to love and peace against all the actual scourges gnawing on the African continent, such as the terrorism and civil wars. The union of the calabashes represents the dream of a unified Africa, without any border, enriched by its civilizations and cultural mixture. It’s about a dream right to the doorstep, randomly launched in the flow of the river as an invocation of the sky for a better tomorrow.