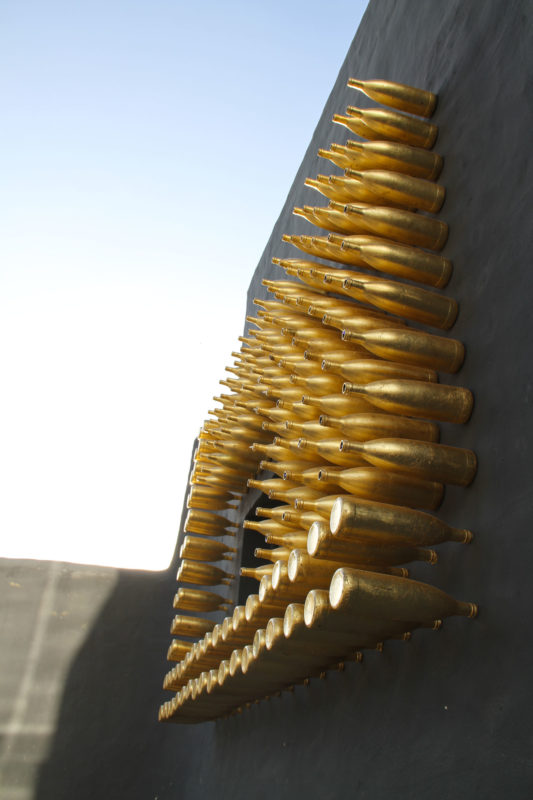 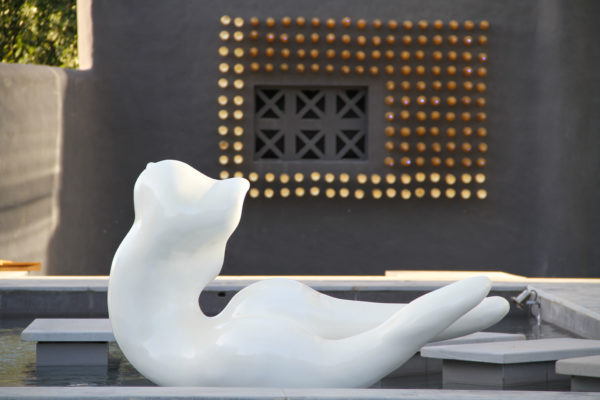 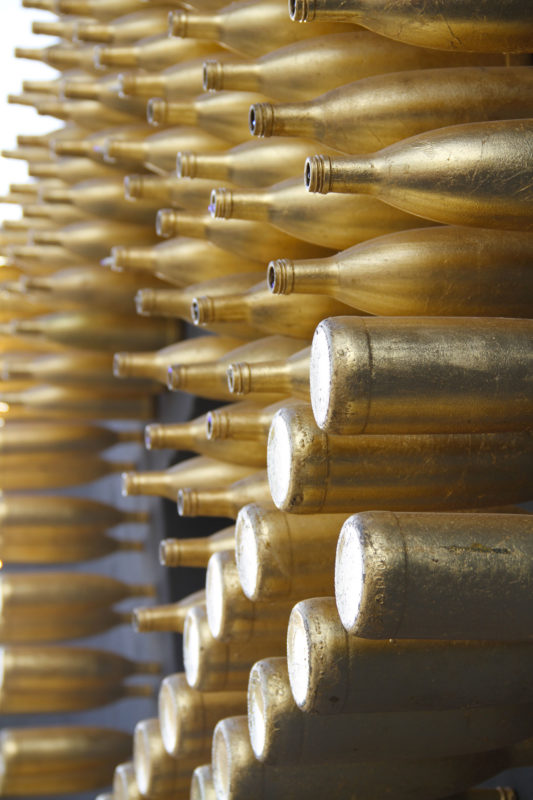 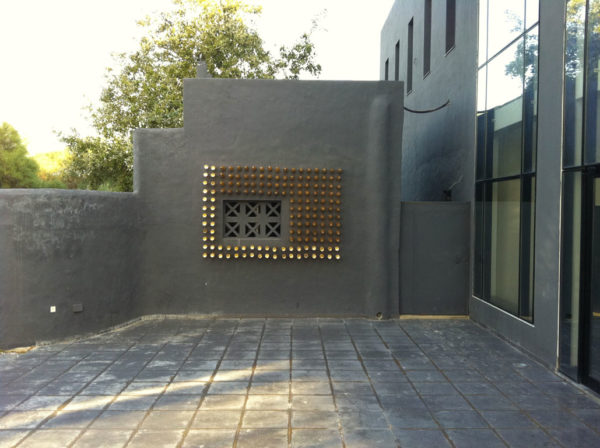 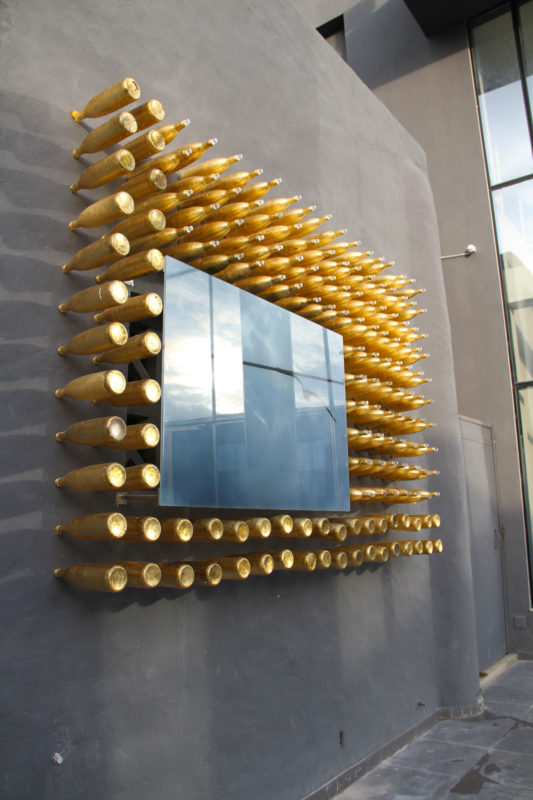 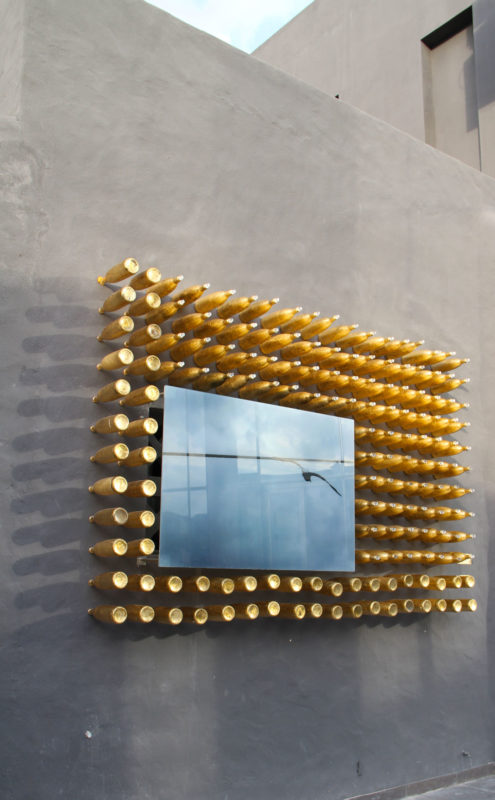 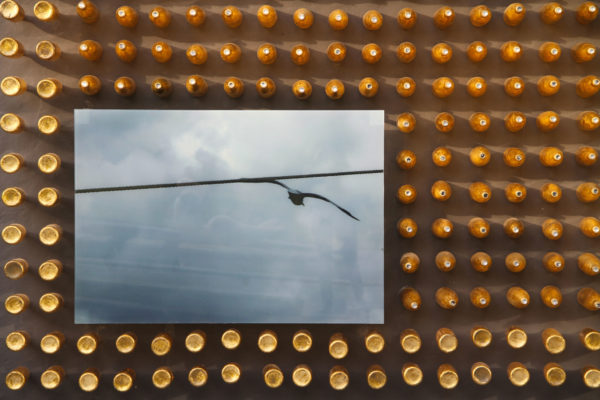 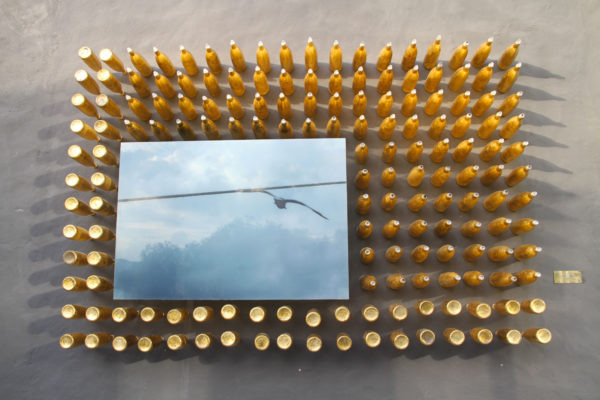 By sending his bottle loaded with a message to the sea, the navigator of yesteryear, hoping that the message of his last thoughts will arrive safely, without worrying about the political, cultural or linguistic conventional boundaries.

The bottle, as a solitary stroller, traveling along unpredictable sea lanes, territorial and international waters… It is a messenger carrying a missive very important for humanity. Having the bottleneck defended by a stopper, the bottle turns into a hermetically sealed territory that no one can access without violating the borders…

Once opened, the bottle fills with the sacred water that carries it, and its message is finally revealed as a nation that opens its borders to benefit from the knowledge of others and exchange ideas. Thus humanity is enriched with the content of the “traveling message”.

Directions are most often agreed and obvious: right, left, center … neglecting the flight to heaven, the dream of a life in pink (la vie en Rose) and the hope of an accessible evolution.