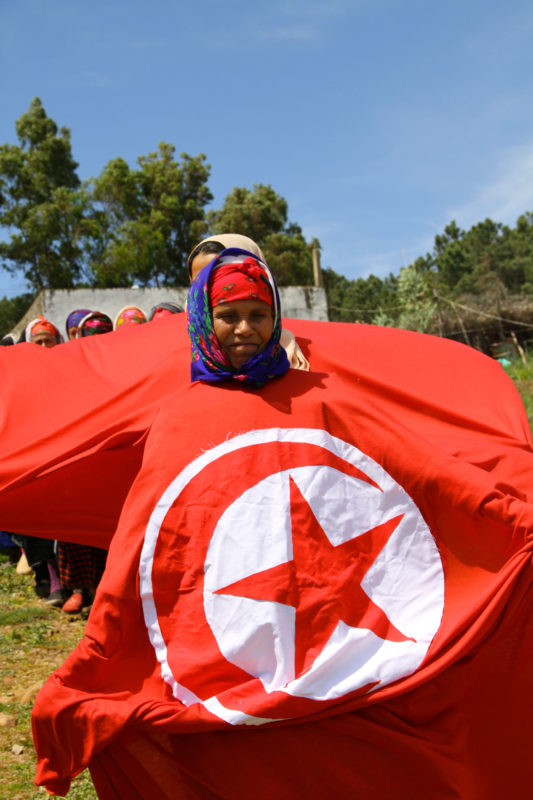 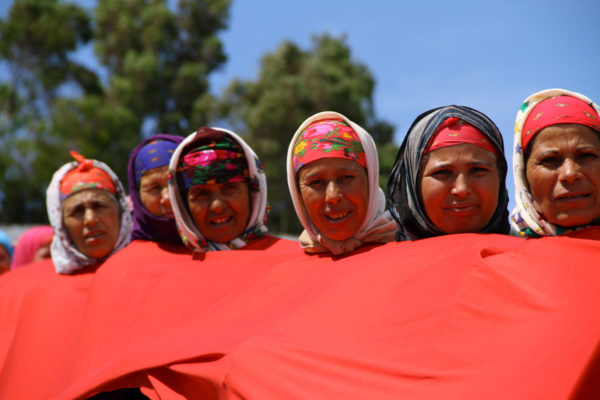 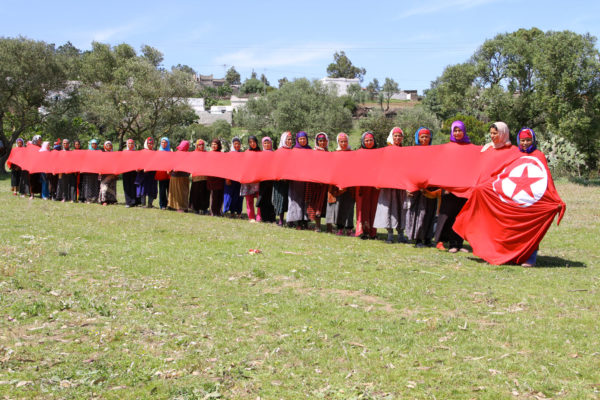 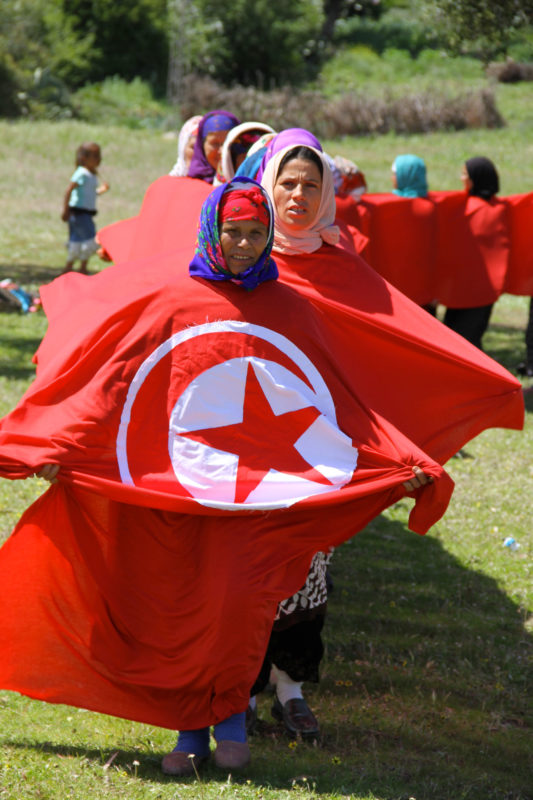 “Sous mon Drapeau …” is a video of a performance realized in collaboration with the women potters of Sejnane and the organizing team of the Laaroussa project.

This project is a small-scale union of citizens under the same flag, animated by an absolute love of the same land. A situation that recalls the fusion of the Tunisian people during the revolution, a fusion disintegrated over time.