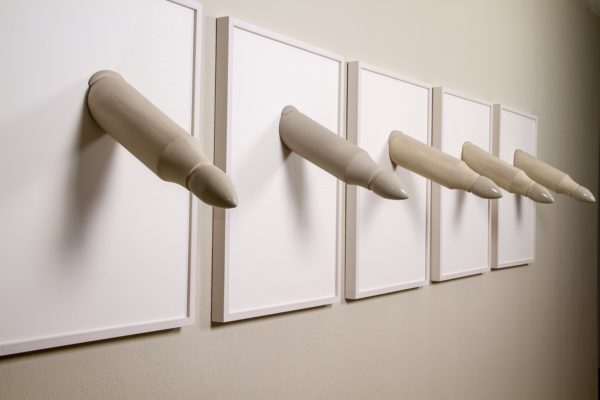 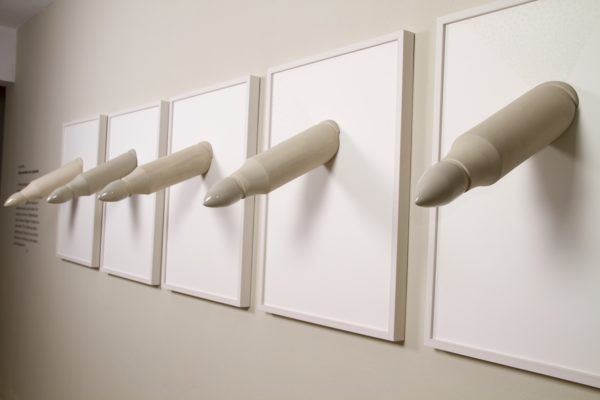 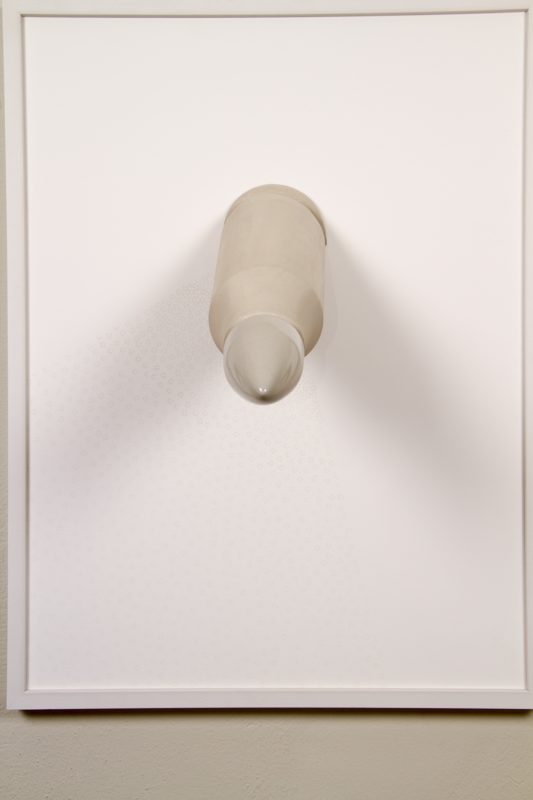 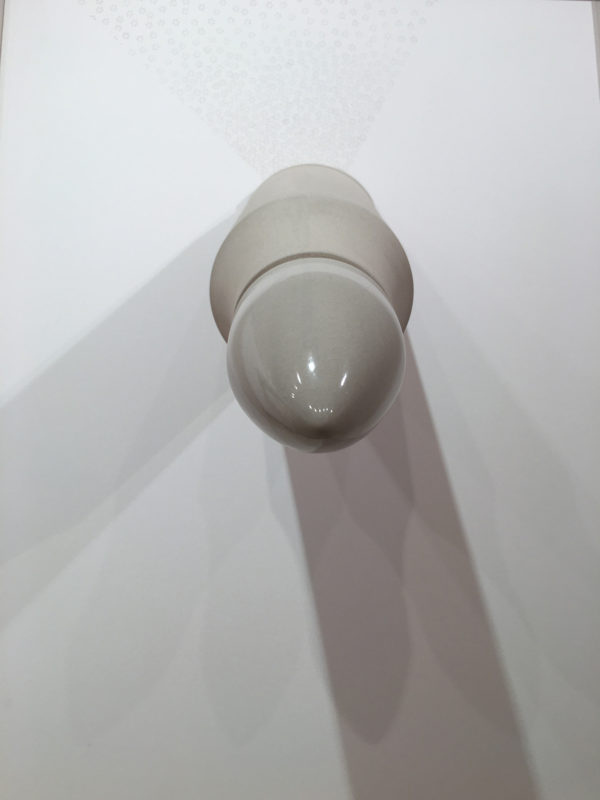 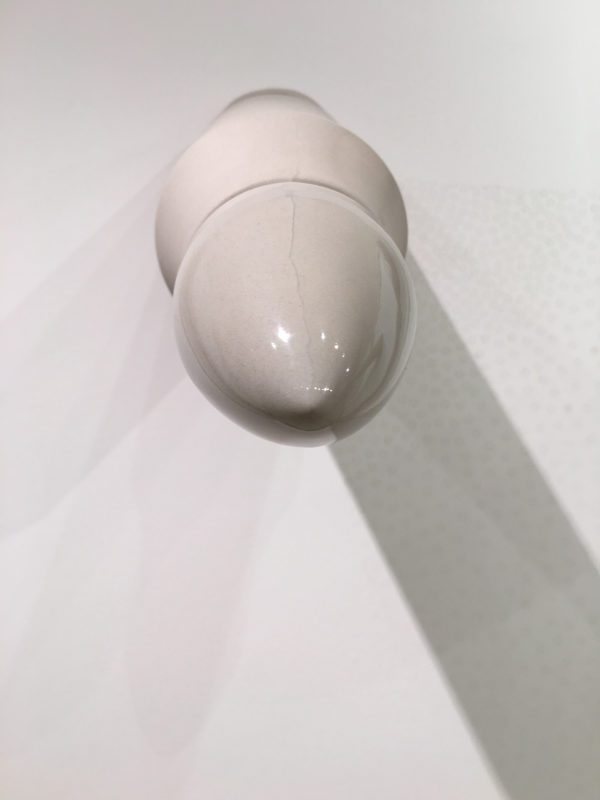 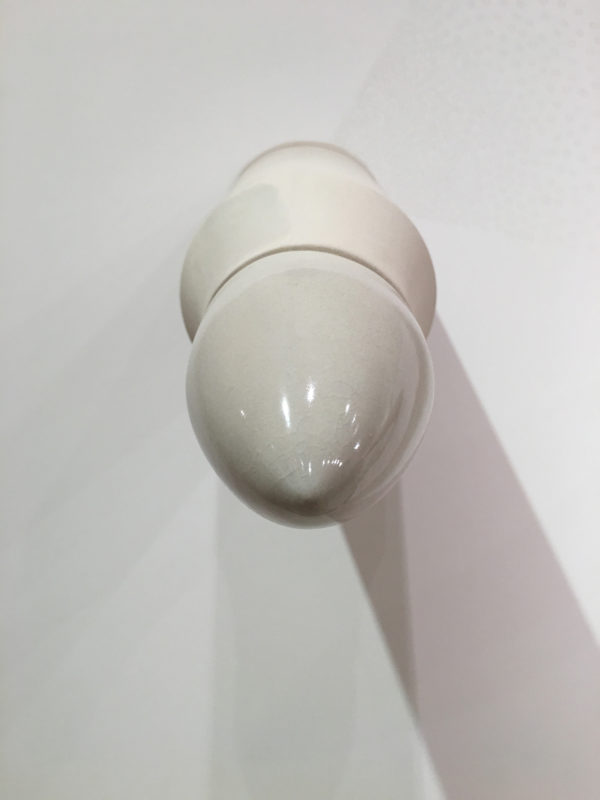 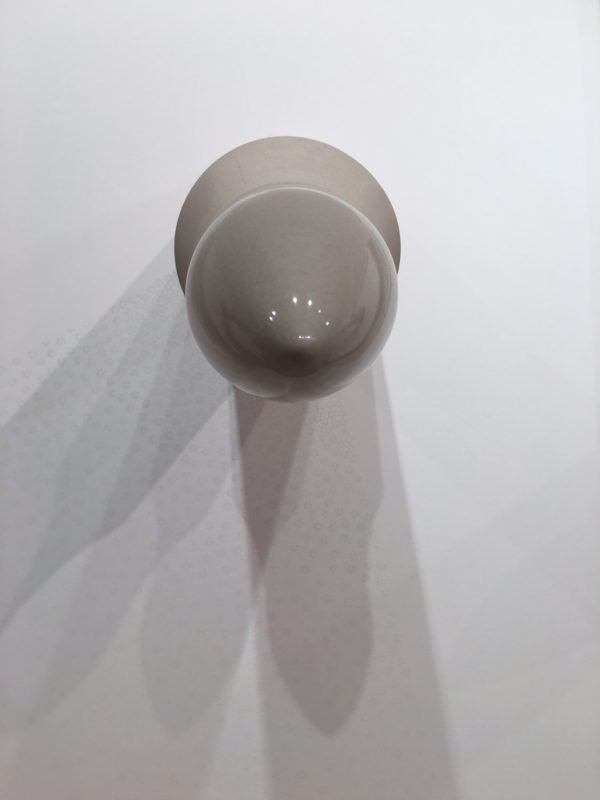 “The faithful are linked to heaven five sacred times each day. These are unique moments of bodily purification through ablution and then prayer, to raise the soul to higher spiritual ranks and encourage it to emerge from the human condition that oscillates between light and dark. Successive recitations of texts and invocations come at the hour of prayer. The sky is illuminated by the final bows, signaling full communion with god.

Not far away, the devil rages in the hearts of many and dares to break the sacred threads with its claws. Moreover, it stands as the only messenger between God and common mortals, claiming to hold absolute truth and wanting to impose its erroneous view of religion through massacre.

With all its variants, this devil of modern times that embodies terrorism is symbolized by the artist through the five alert missiles that create shadows for the five prayers of the day.

In the name of religion, terrorists shed their humanity to join a world where only instincts guide and where reason has no place. With their hands, they caress rivers of blood that taste of wine while the murmurs of their thousands of victims seem to come from the gardens of Eden; with their genitals, they rape what they think is their right, in anticipation of heavenly virgins.

They proclaim themselves the guardians of the temple and false missionaries of god, desecrating all prayers and reducing them to useless acts. For through arrogance and ignorance in their narrow minds, they see themselves as the only intermediaries and protectors of a religion that is not theirs. It is an incredible sacrilege, to bestow upon oneself the divinity of prayer.

The missiles, powerful weapons and symbols of terrorism, defile prayers without ever managing to stop them. From the shadows, a ray of sun shines brighter and brighter, and a reserved pink breaks forth. To avoid the trap of utopian thought, the artist subtly conceals his message and delivers a beautiful blend of a reality that offers the possibility of a better world.”